I have always been curious about ‘No Spend’ Days. They’re exactly what they sound like, where you commit to not spending any money on a certain number of days per month or week. I love the idea of money staying in my account, but i’ve been rather dubious as I think that even if I held off spending for a day, does that mean I would just double-spend the next day. However, because I really hate sleep-walker spending (you know the type… where you open your wallet, the money is gone and your memories of actually spending it feels like the whole thing was a dream) I decided to try it.

I’m most guilty of sleep-walker spending at the weekend so I decided to see if I could go all Saturday and all Sunday without spending a penny. No trips to Asda. No petrol. No online shopping. Nothing.

I wish I could stay I started this in a determined frame of mind, but nope. We woke at 8am and after 30mins in bed watching cartoons, A starting asking could we go to the Lidl bakery for some chocolate croissants to share with his wee friends who were coming for a playdate. I love those croissants. They are tasty AF. I wept inwardly and then tried to get him excited about toast and fruit instead. It worked for him but I was rethinking my plans and was already starting to mentally rationalise the purchase – “They’re only 49p each and sure what is £2.50 odd really?”. Managed to stop myself.

As the day went on, I inevitably caught sight of myself in the mirror and remembered that I needed a brow wax badly and had been putting it off ‘for Saturday’ so I resigned to walk with my head down the rest of the weekend and get it done on Monday.

Also, I managed to sell the Marc Jacobs charity shop dress I picked up (second time lucky) and had the dress fully packaged before I realised I couldn’t pay for postage until Monday. I assume the buyer knows a Saturday win could result in Monday shipping given that noon is the last post on Saturday so I resisted just shipping it and getting it done.

I did not wake up happy with this plan. I rarely ever think of eating out on a Sunday, but I had a real mental battle this morning with wanting to head to McDonald’s for pancakes and coffee. Then, when that subsided, I found myself trying to rationalise a trip to Portrush knowing rightly that a) we didn’t have the fuel for a journey that long and b) I didn’t care about Portrush in the slightest today. I wanted a Ramore for dinner. I’m a sneaky cow sometimes.

Instead, we jumped in the car and headed to the Antrim Castle Gardens to catch Pokemon. The kids loved this and didn’t notice at all that we weren’t somewhere far away and exciting. 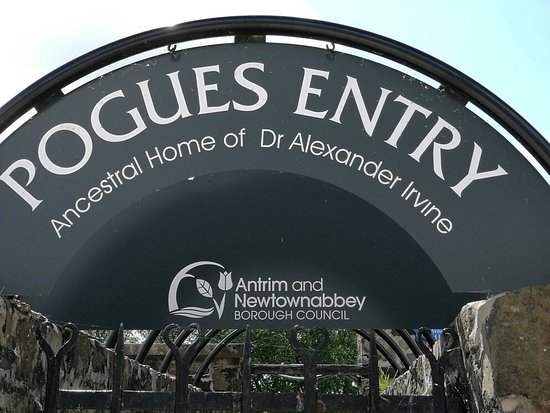 In the afternoon we took advantage of the European Heritage Open Day to take the kids to Pogue’s Entry for a visit. The team there were lovely and the displays were very interesting. They were making sodabread on the griddle and the smell was amazing… sadly the kids were more interested in the green areas during our visit so we didn’t get as good a nosy as we’d have liked. However, seeing as the site was open for free, we didn’t mind it being a flying visit.

We spent the late afternoon and evening in the house, anxiously watching the clock to see if we could actually get the kids to bed and actually go the full weekend without spending… well, we did. It was tough to do, but in retrospect, it wasn’t hard to do because we had to do without things we needed, or because we had to be creative to meet any of the needs we had, it was hard because we had to fight all those urges we had to just buy things we wanted in that moment. We had to tell ourselves not to buy a bunch of unnecessary stuff and that was bloody tough. Did I mention i’m a sneaky cow sometimes?

Well, we got it done, and the feeling of self-satisfaction is pretty good, so we have resigned to doing a ‘No Spend Weekend’ in the first weekend after payday every month. Hopefully I can get less grumpy with every weekend we do it 🙂

2 thoughts on “Our No Spend Weekend ”